ASUS products are pretty good and are usually very powerful. Their press material is first rate and is something that other companies should try to follow. But.. well, their product  names can sometimes be a little bit odd. 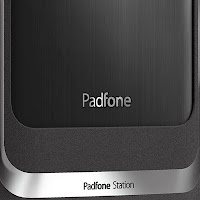 Take the ASUS PadFone Infinity, which follows on from the more sensibly-named PadFone 2. Yeah.. Infinity sounds great, but ASUS have really painted themselves into a corner when it comes to the next generation of PadFones. Infinity + 1 still equals infinity. Perhaps they should call it the PadFone Divided by Zero instead?

Oh yes. Remember that PadFone is spelled with a capital "F" in the middle. ASUS are absolutely consistent about this everywhere..

..except on the PadFone itself where it is spelled with a lowercase "F". Not confusing at all, is it?

Of course, it's called the PadFone because it is a.. errr.. tablet that you can plug a phone into. So, if you wanted to create a tablet that already has the phone functions integrated into it, what would you call it?

Because that's not confusing at all, is it? PadFone. Fonepad. You can easily tell the two apart because on has a capital in the middle, and the other doesn't. Unless you are looking at a PadFone itself when it isnt'. Errr.

All this comes from the company that is named after the back end of a flying horse. Ass-uss not Ace-us. Nice products though.. if we can remember which is which!
at 10:53 AM

Email ThisBlogThis!Share to TwitterShare to FacebookShare to Pinterest
Labels: ASUS