Gadget casualties: 53% have attempted to fix their own broken gadgets 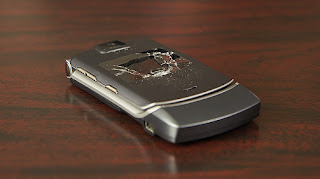 London – A third (33%) of haphazard Brits have broken smartphones and tablets and, as austerity bites, over half (53%) of them have carried out emergency DIY repairs to mend their broken gadgets, according to the specialist gadget insurer Protect Your Bubble.

For DIY enthusiasts, Super Glue is by far the most popular home repair tool - almost four in ten (38%) have used the ultra-strong adhesive to mend gadgets. Just under a third of respondents (30%) elected to use sticky tape, with others have used implements such as elastic bands (18%), Blu-Tack (12%), hair ties (9%) and chewing gum (5%). Men (59%) are more likely than women (46%) to attempt a DIY gadget repair job.

So why attempt home repairs rather than simply getting them fixed? The main reason, cited by 41% of respondents, was the sky-high cost of professional repairs. Meanwhile, almost a quarter (24%) was simply prepared to put up with the damage. A further 15% decided to wait until their mobile contract was next up for renewal and they could get a brand new handset.

As a nation, we’re coolly cavalier rather than carefully cautious when it comes to protecting our technology, despite top-of-the-range smartphones and tablets costing hundreds of pounds to replace. Of those who have broken their gadgets, a staggering 49% did so within just six months of purchase, while almost one in 10 (8%) did so when their gadgets were practically brand new.

Almost a quarter (23%) of accident-prone respondents said their phones or tablets were less than three months old when they broke them - terrible luck for smartphone owners locked into 24-month contracts and without gadget insurance. One in 10 (11%) have owned up to wrecking at least three gadgets.

Northern Ireland residents are the clumsiest when it comes to gadgets with almost half (48%) admitting to breaking smartphones or tablets, compared to only 23% in Wales.

Stephen Ebbett, director of Protect Your Bubble, comments: “It’s easy to see why haphazard Brits would at least try DIY repairs with whatever adhesive implements they can lay their hands on, but I think most would tell you their amateur attempts to fix their gadgets didn’t work.

“People shouldn’t be putting up with broken, barely-working smartphones and tablets. Insure your gadgets and your policy will include cover for accidental damage, whether that’s a broken screen, speaker problem, call issue or battery malfunction, as well as liquid damage. And when a phone can’t be repaired, it will be replaced. Compare the cost of specialist insurance – £5.99 per month for an iPhone 5 – to the cost of replacing a £500 handset or tablet yourself, and it’s a no-brainer.”