Editorial: Has BlackBerry just shot itself in the foot? 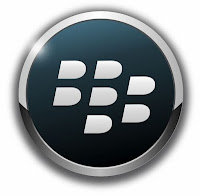 This week BlackBerry announced that they were porting their popular BBM messaging application to Android and iOS, and it also gave a preview of the upcoming BlackBerry Q5 device that should be cheaper than the existing Q10.

We don't know much about the Q5, for some reason BlackBerry aren't very forthcoming about the specifications, but a cheaper handset is definitely needed to replace the popular but obsolete BlackBerry Curve range. Although the Curve is widely used by businesses trying to stretch their budget, it is the handset of choice for most BBM users who tend to be a youthful lot.

So.. on one hand, BlackBerry is saying to BBM users "here's a nice new phone for you".. but then they're saying "but you don't need it". It certainly looks like BlackBerry have severely dented the market for the Q5 before it even gets to the shops.

Obviously, porting BBM to Apple and Androids is a good move for the BBM platform, but BlackBerry are going to give it away for free and it's hard to see how they will generate any revenue from it, and certainly not enough to make up for the lost handset sales. Of course, locking BBM users into BlackBerry handsets would probably eventually kill the platform off anyway, and it's been clear for a while that BlackBerry needs to do something to reverse its previous dead-end strategy. But the danger is that BlackBerry have just accelerated the decline in hardware sales.

Despite the modest success of the rather good Z10 and Q10 handsets, BlackBerry are still in a desperately poor strategic situation. The BlackBerry 10 OS was two years late to market, and had they launched BB10 smartphones instead of the disastrous PlayBook (which BlackBerry can't even seem to give away) then it might have made a difference. In our view, BlackBerry passed to point of no return some time ago, and the long-term future seems to be pretty bleak.

Yes, there are still a lot of BlackBerry fans about, but it seems to be a steeply declining user base. We suspect that the company will continue to slowly bleed to death during 2013 and will then have to throw in the towel at some point next year, with the remaining parts sold off to interested parties. We hope that we are wrong though..
at 12:30 PM