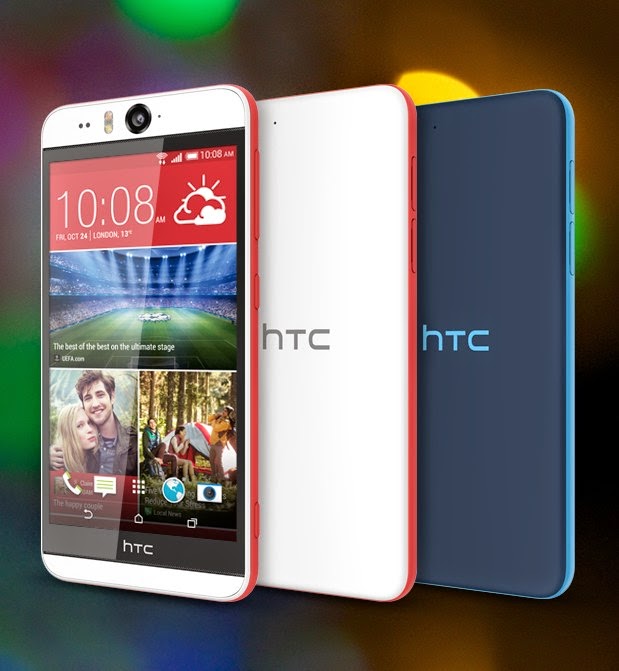 The "Desire" name has been applied to many HTC handsets over the years, from the original flagship Android device to the current range of midrange and budget smartphones. The HTC Desire Eye is the latest addition to the Desire range, which  pushes it into uncharted territory with a device that challenges the class-leading HTC One M8 in terms of features.

This is a high-end device and the immediately obvious feature is that it has a 13 megapixel camera on both the front and the back of the phone. We've seen "selfie" phones like this before, but the Desire Eye takes it to a new level. Another obvious feature is the large 5.2" 1080 x 1920 pixel display on the front, bigger than the One M8 but with the same resolution.
Inside is a 2.3GHz quad-core CPU with 2GB of RAM, essentially the same as in the HTC One M8, along with 16GB of flash storage plus a microSD slot. In almost all features the Desire Eye is as good as the One M8 or is better, except that the One M8 does come with a gorgeous (but expensive) metal case where the Desire Eye is somewhat simpler.

Even though the One M8 has been a successful device, the trick dual 4 megapixel camera on the back is seen as both over complicated and lacking when it comes to its pixel count. To some extent the cheaper HTC One E8 resolves the camera issue by packing a 13 megapixel primary camera and simpler case design, so conceptually the Desire Eye is probably more closely related to the One E8 than the One M8.

The camera comes with all sorts of clever editing tricks that can be done automatically rather then firing up Photoshop, and many of these features will be rolled out to other recent HTC smartphones via a software update. 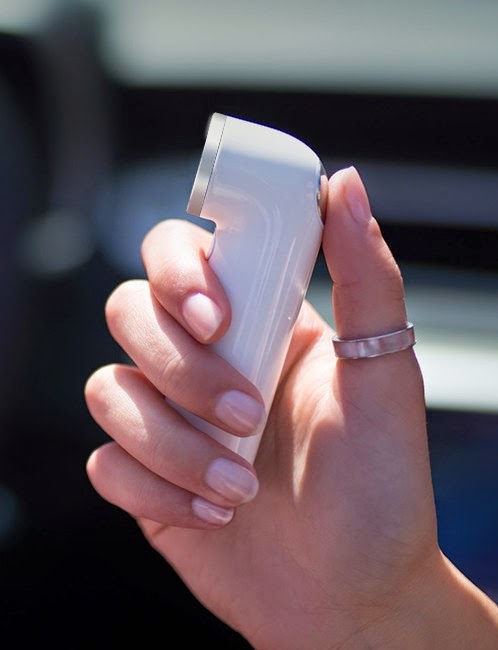 Initial reports say that the HTC Desire Eye will be available on AT&T in the US next month with other regions following. No guidance was given on price.

Launched alongside the HTC Desire Eye is the RE - a waterproof periscope-like remote camera accessory that can be used for taking photos or recording video. Selfies feature again here, but the RE can also be used as a personal camcorder in a similar way to a GoPro. This appears to be heading to the US in the first instance with other markets to follow.

Both these devices show promise and manage to offer something different from the competition, although with the Desire Eye a lot of the desirability will come down to price as well as the feature set.

Email ThisBlogThis!Share to TwitterShare to FacebookShare to Pinterest
Labels: HTC