The Apple iPad Air 2 and iPad Mini 3 are the latest iterations of Apple's popular tablet line-up, coming almost exactly one year after the previous versions. Neither device is particularly groundbreaking, but Apple have made them both better in different ways. 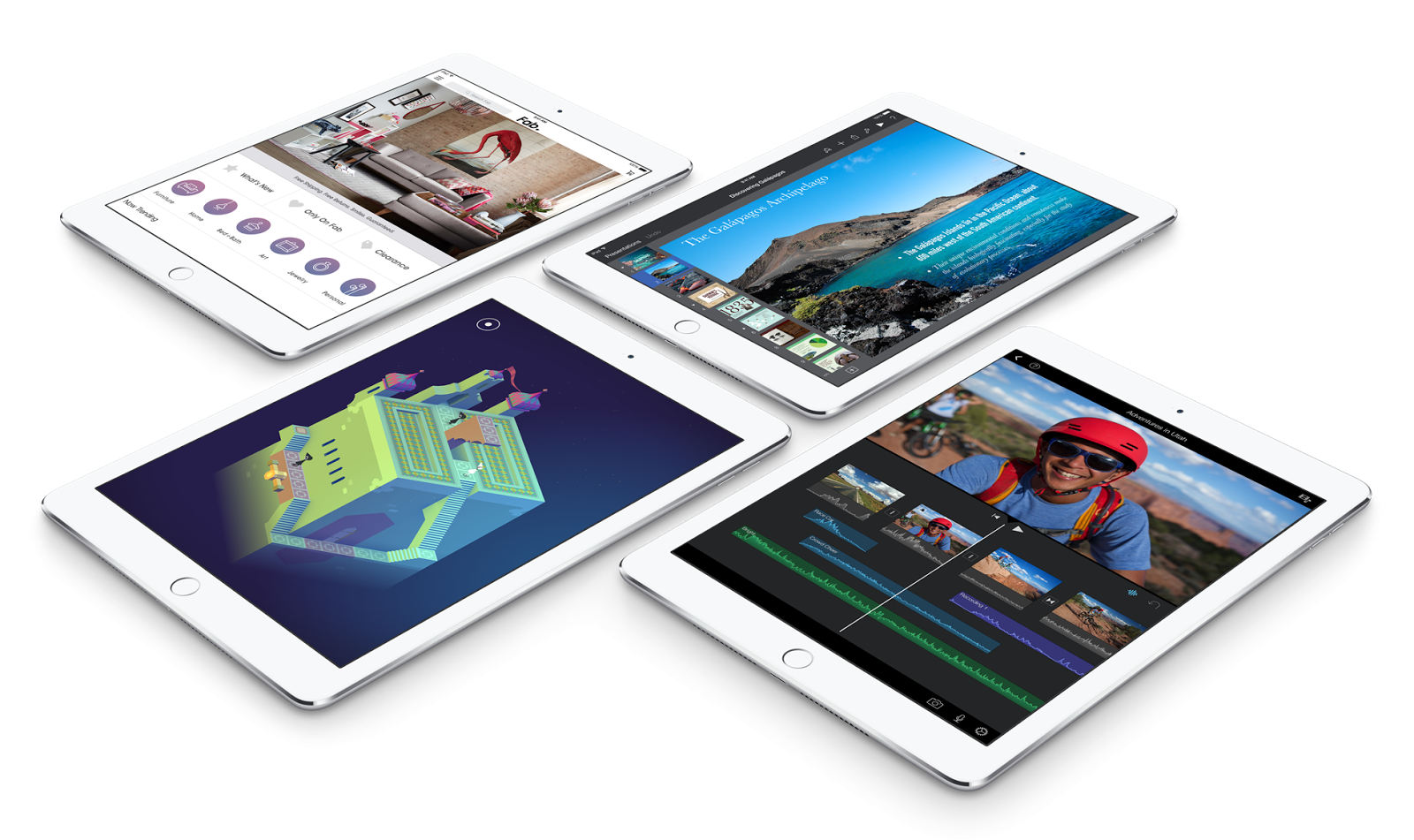 The screen size and resolution and the footprint of the iPad Air 2 is identical to the Air, with a 9.7" 2048 x 1536 panel, although now it is fully laminated and has an anti-reflective coating. The camera on the back has been upgraded from 5 megapixels to 8 megapixels and it now has a burst mode. The Air 2 retains the 1.2 megapixel camera on the front.

Underneath the new A8X CPU and M8 motion coprocessor are said by Apple to be 40% faster than the original iPad Air. The iPad Air 2 also supports Apple's new Touch ID fingerprint-sensing payment system.

Available colours will be Silver, Gold and Space Gray with 16GB, 64GB or 128GB of storage (the iPad Air maxed out at only 32GB). As previously mentioned there is a WiFi only version or one with cellular connectivity too, and US prices will range between $499 to $829.

Pre-orders start on October 17th with shipments staring next week in most major markets worldwide.

There's not a world of difference between the Apple iPad Mini 3 and last year's iPad Mini 2, except the Mini 3 now supports Touch ID and comes with much more internal storage with 16GB, 64GB and 128GB versions as the Air 2 does. 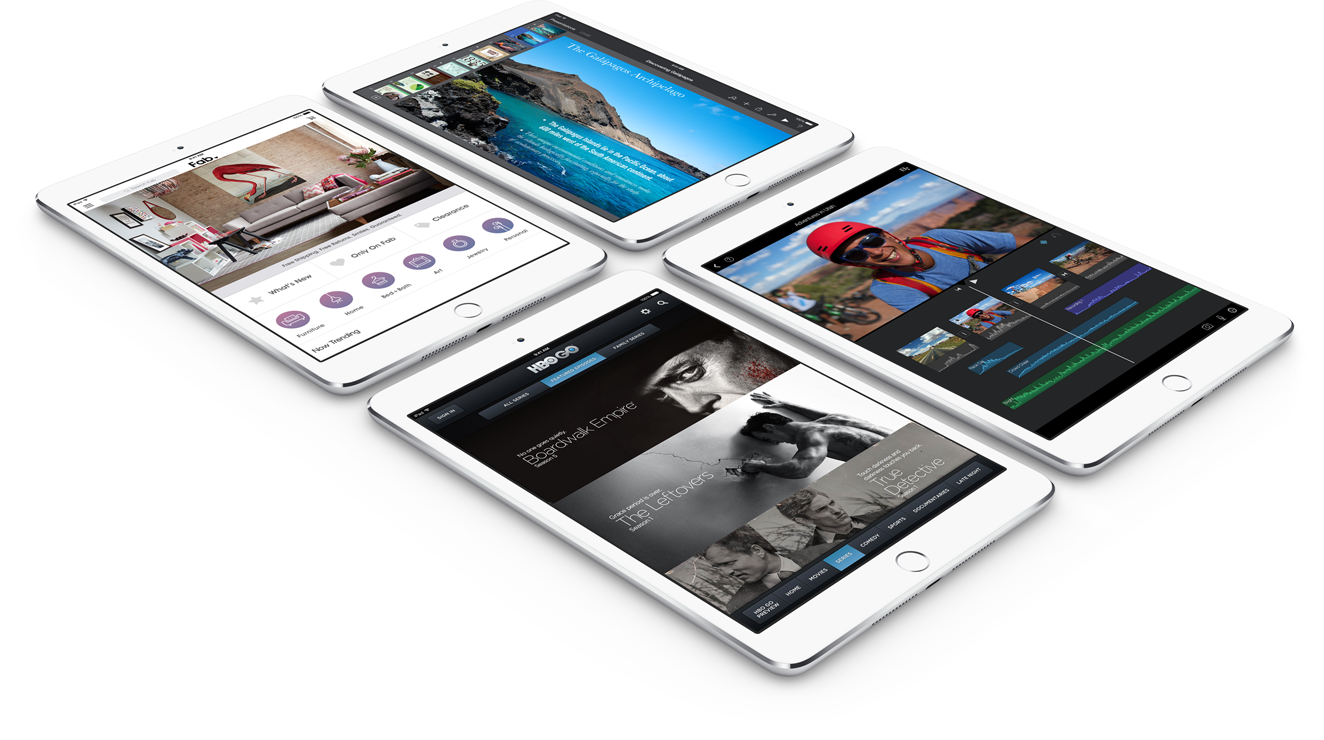 There's still a 7.9" 2048 x 1536 pixel display, 5 megapixel primary camera plus a 1.2 megapixel front-facing one. Available colours will also be Silver, Space Gray and Gold with WiFi and WiFi + cellular versions, US prices range from $399 to $729. The iPad Mini 3 will ship at pretty much the same time and in similar markets to the iPad Air 2.